Something’s lost or misplaced. You’ve got to find it.

If you’re 85, like my mother, it’s usually no more than lost specs, keys, purses or phones. If you’re Google, it’s searching for almost anything.

Searching is painful, even agonizing. But a successful search is most satisfying, almost exhilarating.
—
Hindi films depict practically every search. It could be a poor and distraught Nargis, in Mother India (1957), searching every town and door [1] for her weak and feeble husband who’s given up and run away. Or it could be a blushing Vyjayantimala searching for her lost earring [2] after some passionate love-making with Dilip Kumar in Gunga Jumna (1961). It could be something more trivial like lovers Jaya Bhaduri and Randhir Kapoor playing hide and seek [3] in Jawani Diwani (1972), or like Zeenat Aman being not sure if she wants Dev Anand or the diamond [4] in Heera Panna (1973).

But the quest in today’s top pick is for leisure, the quest is to reminisce with nostalgia. The song is from Gulzar’s Mausam (1975), sung on screen by Sharmila Tagore (Lata) and Sanjeev Kumar (Bhupinder), the music is by Madan Mohan, and the words are Gulzar’s; although the best lines came from the peerless Mirza Ghalib, and then Gulzar extended them with fair success. https://www.youtube.com/watch?v=M8s4Mb1sgN0

Srinivas Bhogle, 64, is an information scientist and manager.

What I'm writing about 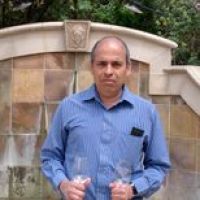